The test has been conducted last July at Applus Laboratories in Barcelona and involved two Dinamica wood System and one metal system.
Goals were ambitious: reach american UL and EC certifications for fire doors for all the range of Dinamica products.
The test to pass was challenging: resist 180 minutes at a temperature of 1000°C, then exceed the hose stream test: a 3 minutes test during which doors are repeatedly hit by a stream of water under pressure.
The final result confirm that Dinamica hinges exceed the highest performances required.

Two tests in one: Sistema Dinamica resistance amazes everybody

Test has been performed according to EN1634-1 european standard and UL10c american standard.
To be able to satisfy the requirements of two different regulations, it was necessary to schedule a test even harder, and the result was surprising: at the end of the test the hinges were still functional and able to move the door. 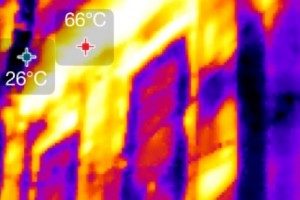 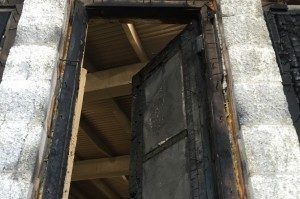 The use of fire resistance certified doors is not a choice, but a legislative obligation if installed on fire rated doors.
New european standard EN 16034:2014 requires that frames, doors and accessories have to be tested and certified. Sistema Dinamica is already suitable to the requirements, with the highest performance expected.
UL certification according to UL10c standard allows to install Dinamica hinges on single and double doors on overseas market.

Certifications will be shortly emitted  by the Authorities.

Leave a reply Click here to cancel the reply